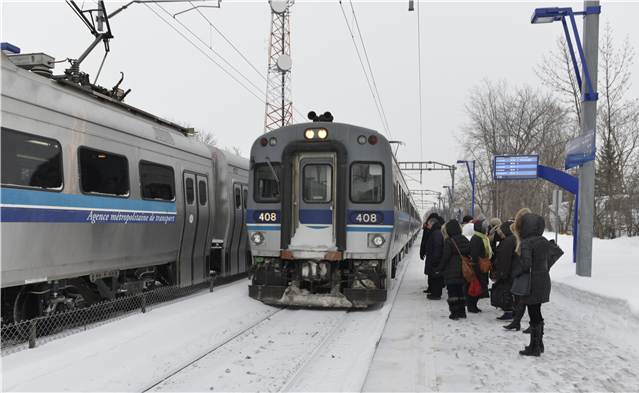 Train traffic coordination is no joke!

Did you know that exo shares tracks with CP and CN?

The RTCC coordinates the movement of exo, CP, CN and VIA Rail trains. Like the air traffic control towers at airports, the RTCC decides which trains (whether passenger, freight or exo trains) get priority.

When a VIA Rail or freight train is running late, an exo train is sometimes forced to follow it without being able to pass.

Winter is rough on everyone!

Snow and ice can also slow down CP, CN and VIA Rail trains. If an exo train is following them without being able to pass, this can result in delays.

But don’t worry: the CN, CP and VIA Rail teams are quick to resolve any issues!

Want to learn more about how exo operates trains in winter? Consult the page dedicated to winter conditions.